Schertz Paving Pros offers experienced concrete and asphalt paving services around the San Antonio, Texas area. We’re a dedicated paving company and our installations and repairs are both high quality and reasonably priced. 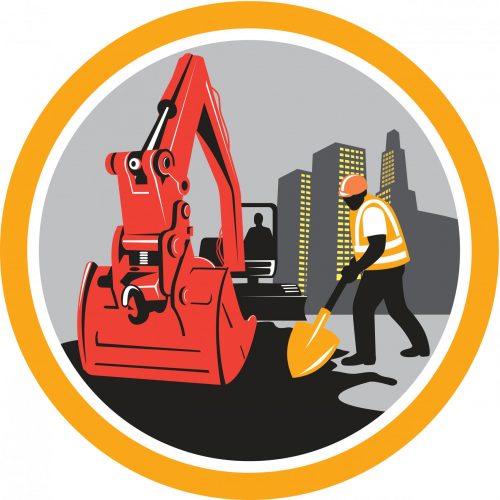 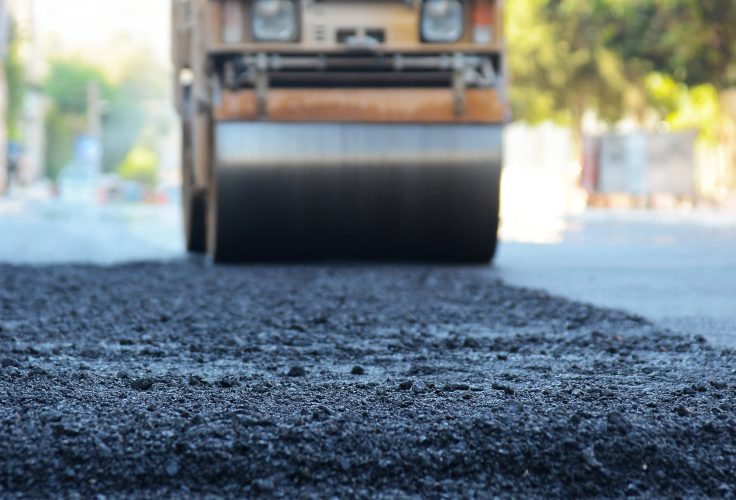 We can build or repair:

Asphalt is tough, durable and easy to maintain. If you’re looking for a durable and cost-effective solution to your paving problems, asphalt will fit the bill. All our asphalt paving is based on a thorough site assessment and uses premium construction materials. Down the road, repairs and maintenance are quick, easy and relatively inexpensive.

Asphalt and concrete are tough, but when little problems crop up, they’ll rapidly expand into bigger problems if they aren’t dealt with quickly. Cracks, potholes, crumbling, they’re all problems you should pounce on quickly when you notice them. We’ll provide a complete repair, focusing on the underlying issue rather than just a cosmetic fix.

Asphalt sealcoating is like a coat of fresh paint to your home. Sealcoating gives your existing asphalt paving a great facelift, while also protecting it from UV damage, physical impacts from vehicles and general wear and tear from rain and snow. It’s a good idea to have your asphalt paved areas seal coated every few years, and it’s a quick and inexpensive way to protect your investment. 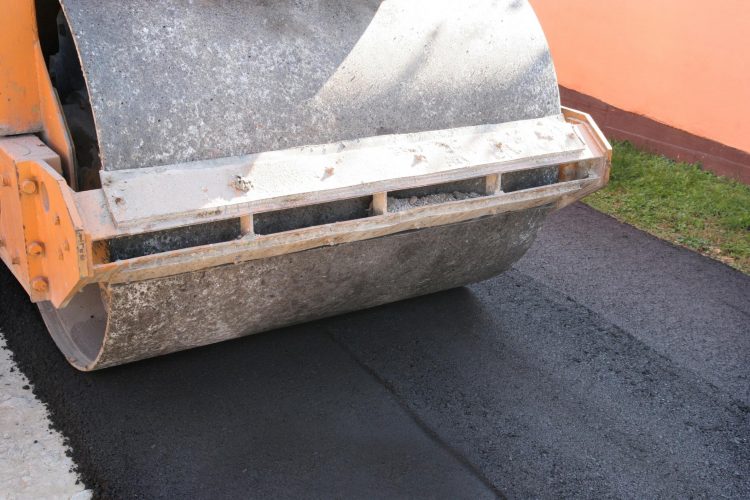 The great thing about concrete paving is that it gives you a great combination of durability and good looks. Our concrete paving isn’t just mixed, applied and finished for maximum durability, it’ll look great too. Stamping, staining and texturing are all options we can discuss. We have years of experience as concrete contractors and would love to help you get a beautiful paving area which is pothole, crack and impact resistant.

Why are we the best choice for commercial paving? We’re fast. Sure we deliver a great quality concrete or asphalt installation, but we bring the added value of getting the task done quickly and with minimal disruption to your daily business operations. We also use commercial grade materials, designed to withstand heavy foot and vehicle traffic.

When it comes to residential paving work, concrete driveways and asphalt driveways are our bread and butter. Sure, we focus on all the stuff you’d expect from a specialist paving company — pothole and crack resistance, a properly graded surface, high traction texturing for walking areas — but we also spend a lot of time on aesthetics. Curb appeal; we make your driveway look fabulous. 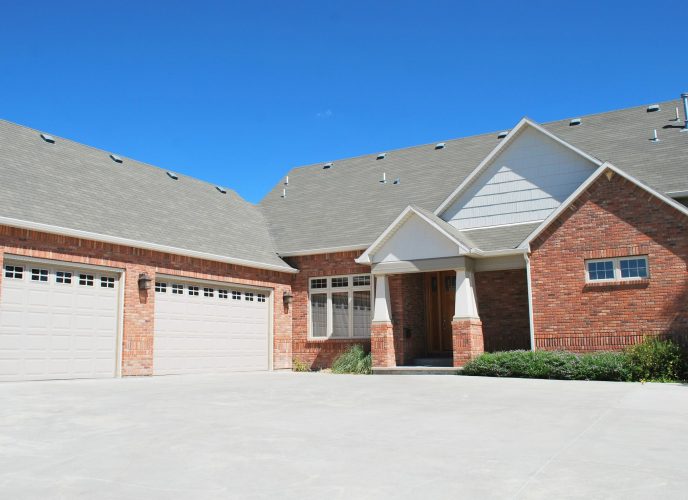 For your big paving job, why not work with your local experts? Schertz Paving Pros does one thing, so we make darn sure we do it well! Our asphalt and concrete paving is beautiful, durable and affordable. If you are located about an hour south of Austin in New Braunfels, Universal City, Seguin or the San Antonio area, reach out by getting a free quote or giving us a call.

GET A FREE ESTIMATE

Schertz is home to a lot of restaurants. I’m not sure you could describe Schertz as a “foodie” place exactly, but having a good meal here is important. We like variety, not just in variations on a theme but across the whole spectrum of cuisine. I could list fifty restaurants or more that people rave about in Schertz, but instead I’m going to give you my top three.

They aren’t fancy or unique, but there’s something about them which keeps me going back for more. 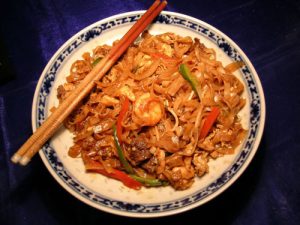 So, let’s get the slight problem with Siam Cuisine aside right off the bat. They’re not the quickest restaurant in Schertz. This is not the restaurant for you if you’re even remotely time boxed. Some evenings you’ll sit down and be eating in less than 20 minutes. Other times you may need to zen out a little bit while the food arrives.

With that potential downside set aside, I can tell you that pretty much everything about this restaurant is fall off your seat fantastic.

I don’t know exactly what it is about this particular Thai restaurant which doubles down on an already pretty spectacular national cuisine. Part of it is the crispiness. If something is meant to crunch when you bite down on it, you can be damn sure it’ll crunch loud enough for neighboring tables to hear.

Another big thing is how they handle hot food. Nothing is hot for its own sake, if that makes sense.

Sure, if you want to get the head sweats and feel that sweet euphoric tongue burn of spice drenched food, you can have that experience at Siam Cuisine. But if you prefer a more subtle approach to piquant flavoring, just ask for a hint of heat. It’s perfect for those of us with more sensitive taste buds!

Beyond those little bonuses, their menu is exactly what you’d expect of a great Thai restaurant. Meaty and robust dishes sit comfortably beside delicately spiced aromatic delicacies and sweet, simple, generous curries.

It’s all there in perfect presentation and proportion. 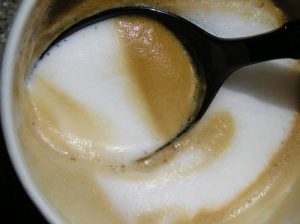 Most restaurants have that one mandatory thing you must try. With Zily Bites it’s their cappuccino brazileiro. It’s hard to get a real cappuccino in Schertz and, technically speaking, Zily Bites take on the classic cappuccino isn’t particularly authentic either. But it is amazing, somehow managing to offer that Italian espresso jolt with the rich, creamy sweetness of Brazilian chocolate.

Be sure to get one alongside your dessert.

Speaking of desserts, you will absolutely want to leave room for sweets at Zily Bites. Let’s just say dessert in this restaurant is important and you’ll find an impressive assortment of bitesize confections.

Some are things you’d expect, like a delicious walnut fudge. Others are a little more out of the box, involving interesting combinations of sharp citrusy flavors with rich dark chocolate base notes.

The best advice I can give is to try it all. Go with enough people that you can justify having a bit of everything within arm’s reach.

Exactly the same can be said for the savory dishes. Do be sure to try the Chicken and Cream Cheese Coxinha. How they inject that much flavor into such a tiny morsel remains a culinary mystery. If you’re looking for the ultimate variety eating experience in Schertz, Zily Bites has to be the droid you’re looking for. 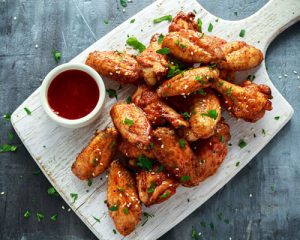 This is kind of an odd choice, given that it’s a franchise restaurant joint and it’s kind of disappointing for those of a bar hopping disposition. Ironically for a bar, it’s not a place in Schertz you probably want to visit for a drink or two.

The bar food, however, is an entirely different matter.

If you like that stodgy, bar comfort food combo, Anchor Bar is going to be heaven for you. It serves simple, American diner stuff really well.

The wings are better than you’ll find anywhere else. A big part of it is the sauce, which is just exploding with flavor. Be careful though. When a sauce is described as hot, they’re not messing around. The wings themselves are juicy and melt in your mouth tender. You’ll eat more than you should way quicker than you had planned. And you won’t regret a thing.

Also, set aside your pride and try their hatch chile chicken mac and cheese. This stuff is made from scratch and tastes as good as it did when you were eight years old, except with the added delicious dimension of tangy green chiles and the heavenly combination of chicken with a mature, melted cheddar.

I get it, it sounds weird! Just try it. You won’t regret it I promise.

So, there you have it. My personal favs for a good meal in Schertz. Remember, Yelp is your friend! Schertz locals aren’t shy about leaving an honest review, whether good or bad. Do a bit of research and you can’t go wrong.